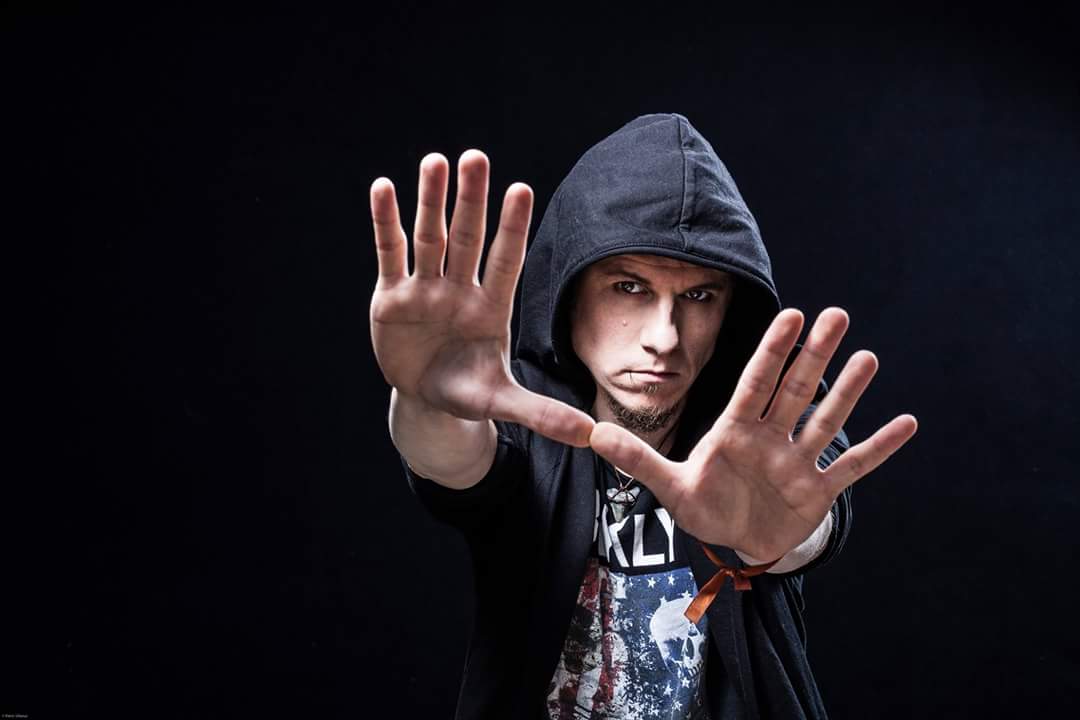 Hello! Glad to talk to you again Jake! How are you doing?

Hey! I am doing great! Thanks for asking! I just became a father for the second time so it´s been a lot happening at home 🙂 I also just got back from NAMM and 70000 tons of metal which was an amazing trip!

How things going with future album of Cyhra?

I Just received the final mixes from Jacob Hansen and they sound incredible! Can’t wait for you and everyone else to hear it. The second album is a masterpiece, yes I said it! I am extremely proud!

As I can see now you have two active bands – Cyhra and Dreamland?

Well, Dreamland has done 2 shows the last 7 years. We cherry pick our shows A LOT hahah
But Dreamland is still active in a way and every time we meet we say that we should make a new album 🙂

And how going writing or recording process of future album of Dreamland? What fans can expect from album?

I promise that there will be one. but When is hard to predict 🙂 But we have tons of riffs. We just need to find time to make songs out of them.

Tell our readers about:

— on your musical influences in Cyhra

Cyhra is Cyhra, I stopped listening to music 7 years ago. so whatever influence me to write is life in general together with the music I grew up with, like helloween, Judas Priest and Europe

— on your influences in singing

— on your progress in vocal duties

I guess you’re asking about how I have matured or developed my skills during the years?

I consider myself to have a much wider range as well as more control over my voice now then when I did my first album.

I have done quite a lot of things lately, Ember Falls, Engel, My Diligent Future, David Hears, Floodfall, and various producer / Co-writer jobs for single songs.
I love it and people that wanna use me just go to jakee.se

— on about possible rerecording Amaranthe hits with Cyhra

That will probably never happen 🙂

— on your being as vocalist of Dream Evil, Infinity and Avalanche

Infinity turned into Dreamland and Avalanche became Amaranthe, my session in Dream Evil was very short but a lot of fun!

— on your backing vocal duties in HammerFall and Dragonland

It has been a bit of a thing to come back and sing on the Hammerfall albums. I love it and it’s a great honor!

— on evolution of sweden power-heavy metal and its future

I must be say I have no Idea! latest bands I’ve heard is NorthTale and that sounds amazing.

— on your 5 favorite heavy-power albums ever

— on what are you like behind the scene? Do you have family, hobbies, usually work, do you like alcohol?

I have a family with 2 kids and a fiancé. I and an aviation nerd, love history and I rarely drink alcohol anymore.

— on what is meaning of «E» in your pseudonym

It was Snowy Shaw that came up with that:-)

In addition, we have information that Jake goes to movie! Wooow!!! Tell us all about this! Genre, you`re role, story…

Yes! I stare in a swedish movie named 1% the voice within that is aimed to be released in 2019
Other then that I have just started to work with different directors in the business,

Do you have some theater or movie experience already?

I have done tons of music videos both in front and behind the camera, Plus a lot of movies as an extra. but now I felt the time was right to take the big step.

— on how idea to go to movie appeared

Always been a dream of mine since I was a kid, but I never had time to pursue it.

— on your favorite movie genres

— on your favorite movies and actors at all

Ok! Thanks for answers! Want to tell something to your fans?

Hope to see you on the road soon and Please check out the new Cyhra album this year!!!

all the best / JAKE