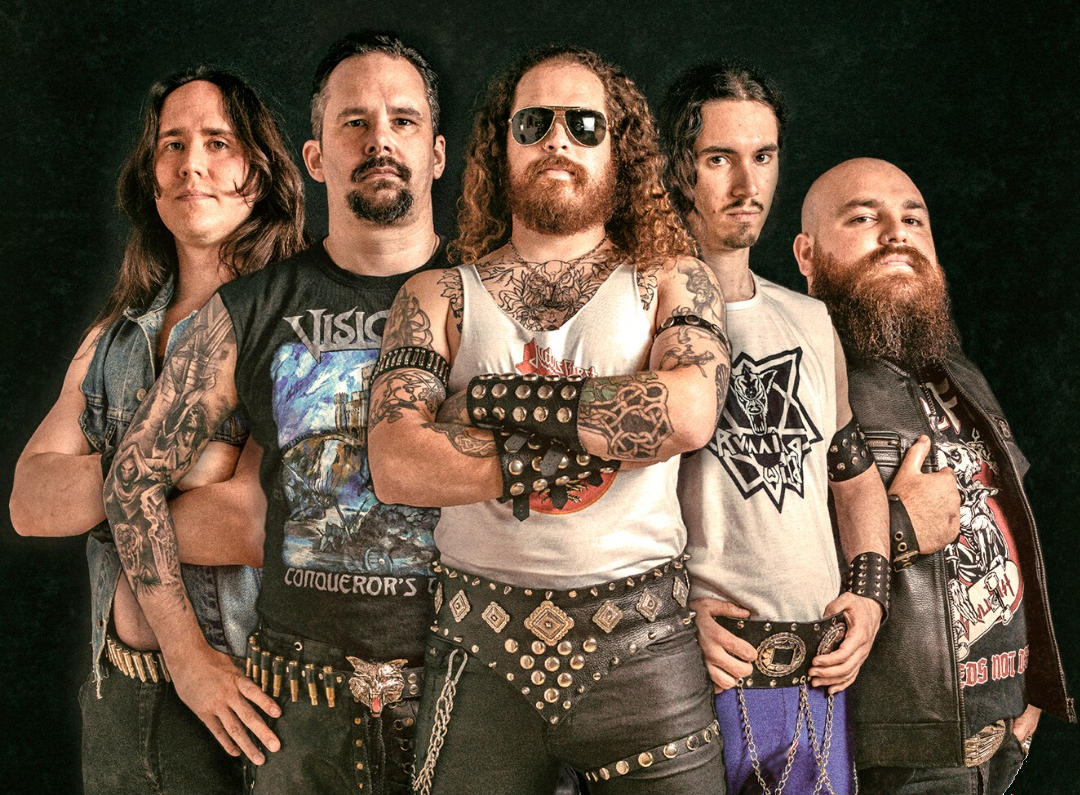 Hello! Great to talk to such true metal guys as Steelballs! I like very much “Thunder Strikes Again” – its powerful, strong and melodic work! Please, represent band to our readers!

J.P Churruarin: Hello!! Before we start, thanks for this interview and for the support. It’ s very important for us. We are Steelballs, a heavy/speed metal band from Buenos Aires (Argentina). The band is formed by J.P. Churruarin (Vocals), Juan Herrera (Guitar), Paolo Rossi (guitar), Mario Mansilla (Bass) and Nicolas Gimenez (Drums).

What’s the latest news you can tell fans of band?

J.P Churruarin : We are currently working on a single that will have two new songs. Also we recorded a Gamma Ray cover that will be part of an european tribute called Cosmic Rays. It will be edited by Burning Sun Records.

What the plans for future? On possible future new album, its release date and expectations from its material

J.P Churruarin : We are composing new songs with the same spark of our first album and if everything goes well, we’ll start the recording at December but we have no release date for now. As we did with our selftitled EP (2016) and also with our first full length “Thunder Strikes Again” (2018) we’ll search some International Label interested in the diffusion of our music

Admitting that its first interview, please, tell your fans in ex-USSR countries: on how band came to life

J.P Churruarin: Here in Argentina most people always get together to play football, but we are probably better at drinking than playing sports… and maybe playing music hahaha! We all had other bands at the beginning, so we started playing classic songs from other bands, mostly for fun. Then we started to compose some material and we really liked it, later on we recorded our first ep and from then the band started in every way, including live shows of course.

on meaning of band name

J.P Churruarin: We think that Heavy Metal is a style that must be played with heart and spirit, and with balls (for both genders). It’s a true music that involves you to a way of living and can´t be taken like every other style of music.

on influences of band music

Juan Herrera: We have several influences from the German scene of the 80’s, bands like Helloween, Blind Guardian, Running Wild, Grave Digger, Rage, Stormwitch, etc. Also some NWOBHM of course, and bands from America like Riot or Manowar.

on influences in playing and singing

Juan Herrera: That’s something more personal, because we all felt influenced by different musicians during our life. In my case as a guitar player I can name guys like Kai Hansen, André Olbrich, Uwe Lulis, Randy Rhoads, Criss Oliva and many more.

J.P Churruarin: As a Heavy Metal fan I can say that I love the vibrato of Ralf Scheepers, also the mix voice of Michael Kiske or how Hansi Kurch create an atmosphere with his voice, but to be honest I try to find my own style trying to learn from their techniques.

on live shows of band

Juan Herrera: The live shows are very important to us. We always give our best for the audience, playing good but also having strong stage presence. This is the music we love so we really enjoy what we do.

on inspiration to create music and lyrics

Juan Herrera: Inspiration came from a lot of sources. Music from other bands, movies, books and life itself, the different experiences that we have. 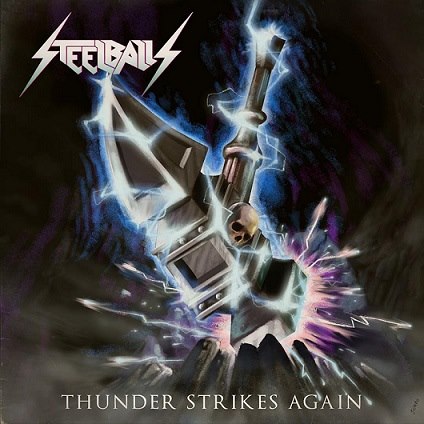 Juan Herrera: “Thunder Strike Again” is a Heavy/speed metal album. It contains 9 songs, with different tempos (some faster, some catchier) and one instrumental. All these songs were composed by JP Churruarin and me, lyrics and music. Of course, later in the recording studio each band member recorded his own arrangements and make everything sounds much better. The theme for the lyrics are really diverse, we have some songs that talk about us and the actual Heavy Metal scene, others are based in movies (or fictional histories), there is some historical references and also more common things like a Metalhead wandering the city streets looking for some action.

The cover was drawed by JP Churruarin. We wanted for the cover to be simple, but strong. A hammer hitting the earth together with a thunder it represents how the Heavy Metal strikes back with his power all around the world.

In difference with the EP, the album was recorded in a professional studio, but with the same guy that worked with us in the past, Bryan Troussel. We felt comfortable working with him, because we wanted an album that doesn’t sound over processed, more natural sounding. And he captured that idea well, and of course with a better sound that our first material.

on what heavy metal means for you

Juan Herrera: For us Heavy Metal is more than just music, it’s a way of living. Besides wearing black t-shirts and having long hair, the music and the lyrics always bound people. It’s about sharing values and ideas, and an attitude to face life and the world.

Juan Herrera: We don’t feel really close to the bands that supposed to play power metal here. We move into the Heavy Metal scene, that is growing pretty well in Argentina. There are a lot of good bands: Interceptor, Metaluria, Velocidad 22, Sorcerer, Bulletproöf, Bushido, Herpes, Kombate, Filosa, Silverblade, etc. These last years, excellent material were edited by these bands, and we all share similar ideas about what we need to do for the scene to continue growing. There aren’t egos and that kind of shits, all the bands are pushing in the same direction to make better shows for the audience.

on what are you like behind the scene: do you have families, hobbies, usually work, do you like alcohol?

Juan Herrera: Yes of course!! Nobody is living of music so we all have other jobs, and families too. We take music as a serious responsibility, but it’s not our money source, at least not for now. Like JP said before, we are very good at drinking haha.

Juan Herrera: Well in today’s world, social media is very important for the band diffusion!! We use them a lot for communicate our shows, and for spreading our music to all the world. It’s not so easy to make a good use of them, but with the practice we are getting a little better and they are very helpful!

Special power metal forces question: Imagine as someone big tell you that heavy metal is dead! What did you replied on it?!

Juan Herrera: “They must be living in a dream, they couldn’t be more wrong” Heavy Metal is now alive all around the world. Lot of bands from different countries are editing excellent material, heavy influenced in the 80’s that were the golden years for the genre. A lot of people may think that is pure nostalgia, but it’s much more than that. It’s about taking back the spirit of this music to a modern world full of meaningless music that doesn’t represent us. The Metal Power now is rising once again!

Ok! Thanks for answers! Please tell your fans everything that you have to tell

Thanks to all the people that support us! Also special thanks to Power Metal Forces for this space, like we said it’s very important for the band diffusion. We are looking forward to play in Europe in the future!! So we hope to meet all of you there and share some good Heavy Metal and plenty of beers. Thanks again, these are the official band contacts: