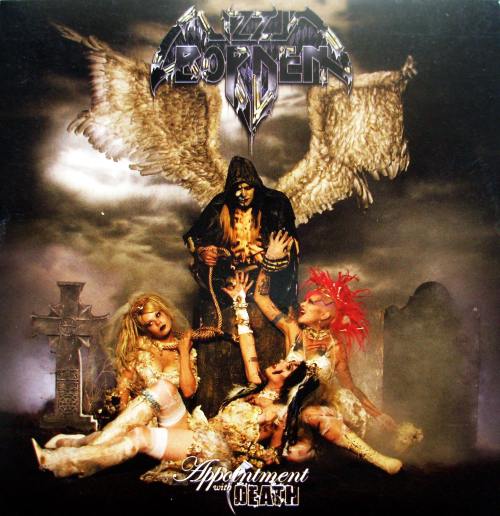 American heavy metal veterans Lizzy Borden had a good comeback album in 2000 «Deal With the Devil», but they just returned to the wrong world from which they left. This world was captured by piracy and, in fact, the group got lost in a sea of ​​records that they “downloaded, listened to and forgot”, and therefore the next album of its “Appointment with Death” was already released in some metaphysical square of downloaders, while the main heat was at festivals. The group actively gave concerts to tens of thousands of listeners together with the most eminent performers and did not feel a lack of attention. There. Here we were waiting for a typical classic Borden, except with a modern, fresh sound, but with a filling originally from the 80s. The group acquired a new guitarist Ira Black (Wicious Rumors), replacing Alex Nelson, who died in a car accident. His death was such a big blow for the vocalist Lizzy that the group split into two years from 2004 to 2006. But the benefit of the members recovered from the shock and released a record that was practically no different from the classics, which was a completely branded Borden American heavy music, which absorbed all the best of this scene and group, and which is a textbook material in the spirit of Maiden, W.A.S.P., Twisted Sister, Alice Cooper, etc. In general, all that is why we love this group. A strong album, it’s true that it’s even. But such albums are not new to the group and style, and it has always been fairly even and sedate in expressing its emotions. What makes me most happy about this situation is that the group held back, retaining their signature melody, pitch and vocals. A sincere and strong release of the good old Lizzy, who personally receives a solid 5 points from me!